There was one box left in V's room. I had no idea what was in it. So I got it down from her bookshelf today and started going through it. I knew it had been packed away for a while because the box was from some cookware we got as a wedding gift 6 years ago.

When I opened it, I realized this was my special box, full of many of the breakable things I find most special. Love.

This is a Fenton candlestick that was given to me by a woman I used to work for. She owned a clothing shop and I worked there while I was in (and out and back in) college. Once there was a candle in it that I couldn't get out, so I put the oven on barely warm and stuck it inside to melt the wax. Don't ever do that. A small piece broke right off. I superglued it. Don't tell anyone. I have been on the lookout for a match for many, many years. I've never seen another one. 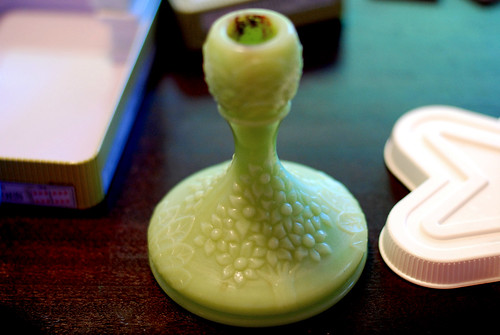 This is an Edwin M. Knowles China Co. plate that a friend gave to my mom and then she later gave to me. It will go on the wall. I was told that it's very precious, but I don't know that for sure so I'm not taking any chances. I used to have quite the collection of usable vintage plates, teacups, etc. But I got rid of them all because I am an idiot. Or because I didn't have the fortitude to cart them around all five towns in three states we've lived in. Take your pick of excuses. 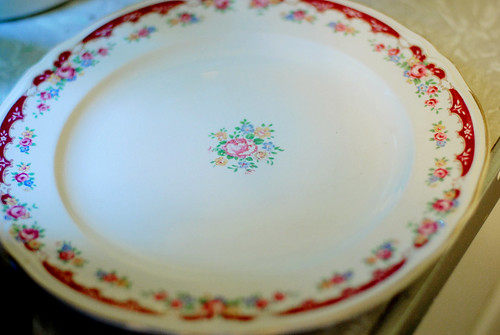 This is my grandmother's teapot. It is a Hall. I had completely forgotten I had it. I thought my mom had it. She has one or two of my grandmother's teapots that are even older, but this was her everyday teapot and the one I love best. Even though it looks kind of like a genie bottle and is missing its lid and innards. It had a white ceramic strainer inside, if I remember correctly. No idea where the lid and innards are. The handle is cracked. I'm sure it will look like junk to many people, but when I felt the shape of it, covered in newspaper inside the box, I gasped aloud and my heart sang. 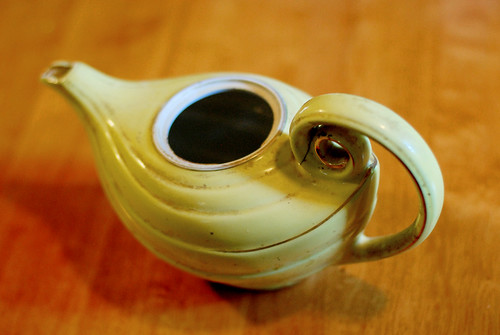 I'll be cleaning the teapot up soon. Then I may work on making a photosynth of it. That would be really cool, I think.

Oh my, what could this be for? 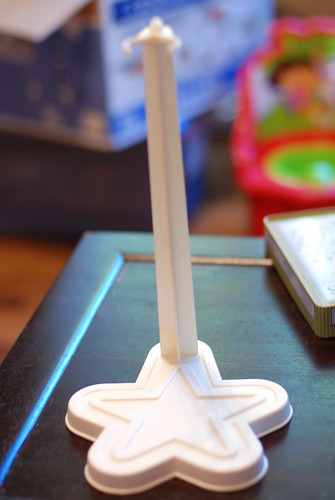 Hmmmmm...have you ever seen one of these? Bling! 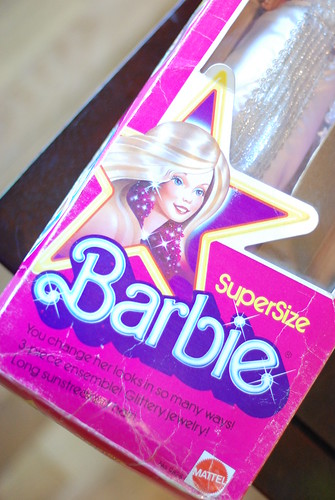 When I was a kid, my friends L and S each had one of these (they're twins). For years and years, long after I should be admitting to doing so, I'd beg and plead until they'd bring one of them out for me to play with.Then one day, I realized the power of ebay and got my own. I also got a Magic Window from ebay, but that's a post for another day. 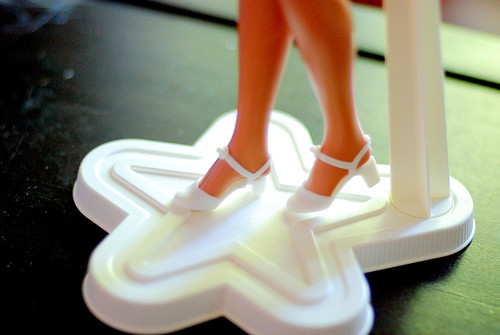 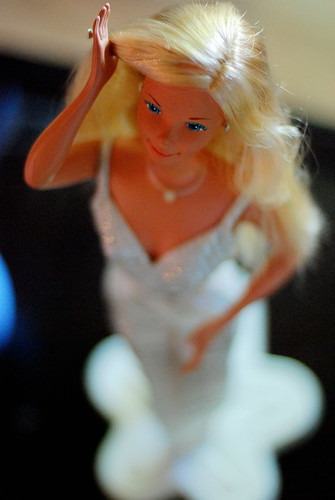 Supersize Barbie is an 18-inch Barbie doll that was made in the late 1970s. She comes with a silver swimsuit and a matching satin skirt and pants. 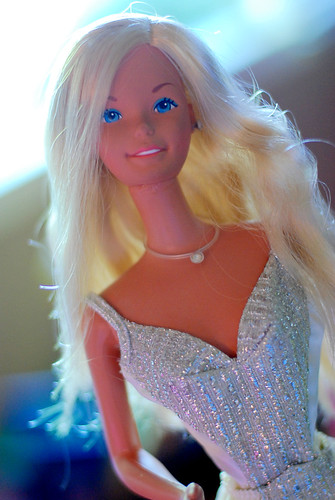 V particularly liked the ring and the barrette that come with it. 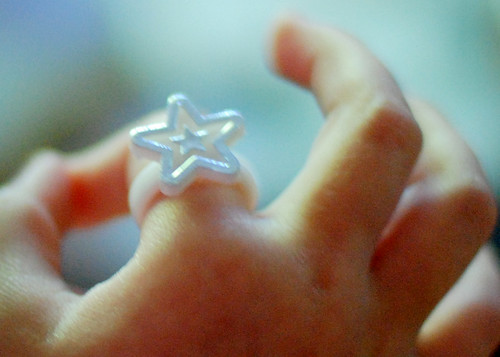 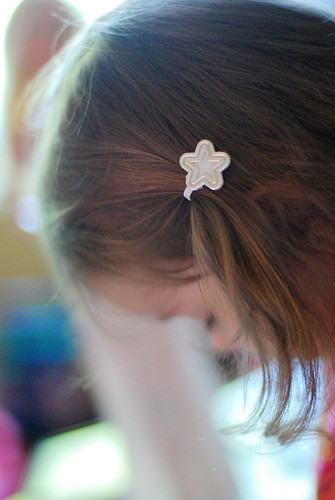 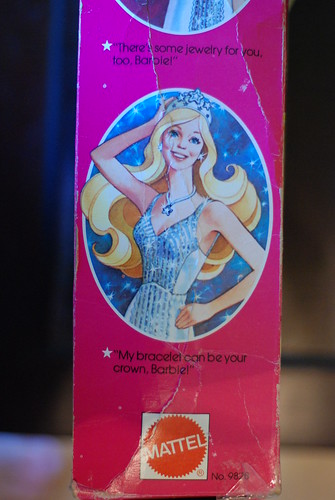 TGIF, y'all! I have it on good authority that V's Hello Kitty that I promised her for her 3rd birthday next month (and which she's been talking about for going on 6 months now) will be on her way home today, wearing a kimono. Shhhhhhhh! Don't tell!

I love that you ordered yourself a barbie. It makes me happy :)

Isn't ebay the best? You can find anything you want! I'm going to start re-creating my entire toy collection from the '70's.

I swear I had that Weebles treehouse thing! Keep looking on ebay and someday you'll find it for $15!

I'm having a giveaway--did I tell you this already?--if you want to pop by and enter.

Ebay is pretty cool! I have a Barbie that was my mothers...oh, like 40 years ago... She is far older than yours, but she brings me just as much joy!

Those items are treasures indeed! I'm glad you unpacked the box and shared them with us.

When I moved (7 years ago) I packed a box with many of my special treasures. Over the years I noticed that I couldn't find many of the things that I thought must have been in there. Until I finally admitted to myself that this one box must have been lost.

About two months ago my mother asked me if I was 'ever going to take that box out of her basement' and then it hit me. I had put my special box in her house for safekeeping and forgotten all about it. It was fun to unpack and discover those things again.

Wow, what a great thing to come across...a box full of your special items. Those Barbie photos are awesome - I'm telling you girl, Etsy is calling your name!

I've never seen that type of Fenton before. I just love the color of it.