Last Friday, V and I took the camera and headed out to a cemetery to take pictures of a headstone belonging to a man we'd never heard of before Thursday night. 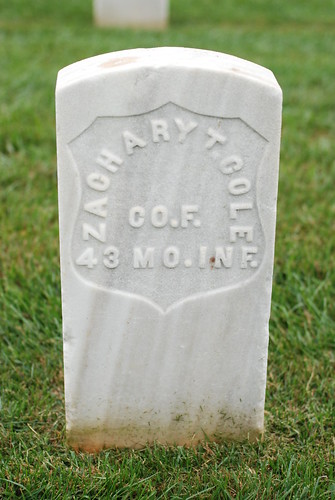 Not sure how I found it, but I happened onto a site called Find a Grave where you can see photos of headstones in cemeteries around the world. I found a photo of my grandparents' headstone there and was touched that someone, who in all likelihood didn't know them, took the time to take a photo and upload it to the site.

So I decided that I would start taking photos too.

Not even two days later, there was a new request for a photo. So V and I went to Mountain Home National Cemetery and took some pictures. 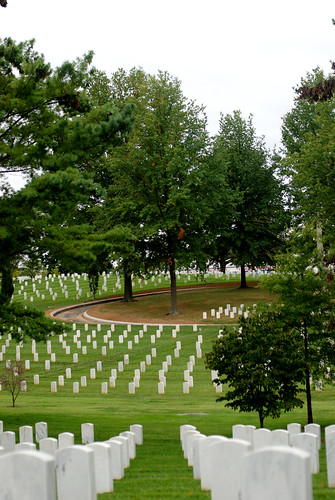 It's really a beautiful cemetery. For someone like me who loves old buildings and architecture, it was a visual treat. 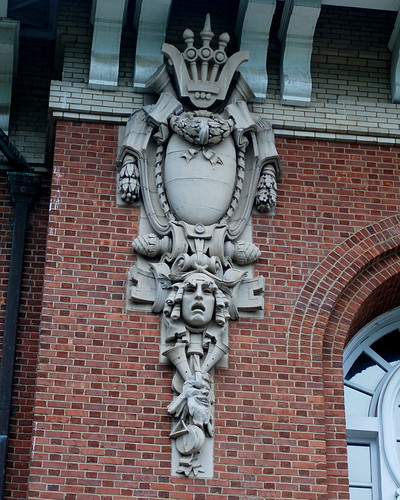 The headstones were pretty uniform, but there was the occasional anomaly. 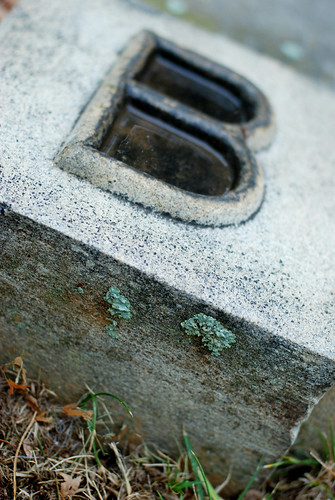 Clover appeared to be this woman's first name. V found this one irresistible. 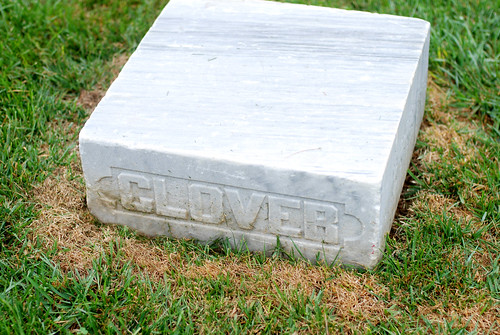 V, of course, didn't really understand any of it, but that didn't stop her from having fun. 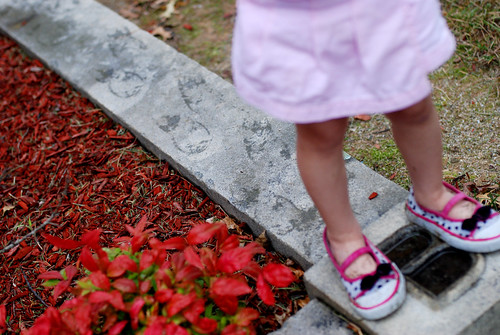 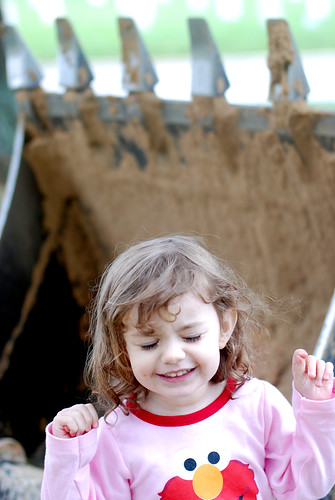 But she also had moments of real serenity. 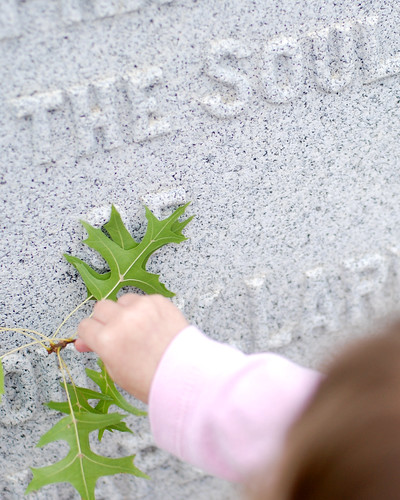 Mainly she was just happy to be outside, walking around, enjoying the sunshine after the rain and the breeze blowing her hair. 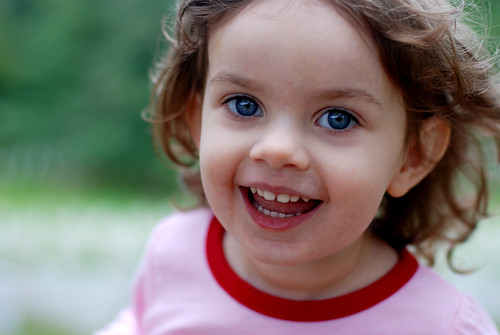 If you take the moon in your hands
and turn it round
(heavy, slightly tarnished platter),
you're there;

if you pull dry seaweed from the sand
and turn it round
and wonder at the underside's bright amber,
your eyes

look out as they did here
(you don't remember)
when my soul turned round,
perceiving the other side of everything,
mullein leaf, dogwood leaf, moth wing
and dandelion seed under the ground.
~ H.D.

beautiful. And what a nice favor to return, for those folks that aren't able to visit the sites themselves.

Aw, sweet. I find graveyards to be very peaceful and interesting. I wish I could visit the one where most of my immediate ancestors are buried more often. Mom goes a couple of times a year to put wreaths out in the winter and to clean up in the spring. I always tell her to say hi to everyone.

Aw, sweet. I find graveyards to be very peaceful and interesting. I wish I could visit the one where most of my immediate ancestors are buried more often. Mom goes a couple of times a year to put wreaths out in the winter and to clean up in the spring. I always tell her to say hi to everyone.

I love, love, love the picture with her footprints.

I love, love, love the picture with her footprints.

I think I need a graveyard walk sometime soon so I can gather my thoughts.

I once went to one with my niece when she was little. It was so peaceful.
That site it very interesting. How amazing that you found your grandparents!
I started looking up my grandparents but then the baby swing came on all by itself. Creaped out now!

What a very interesting project and website. I don't think I ever would have thought of it. I might be slightly afraid of cemeteries.

i've been in cemeteries that were decidedly creepy, but this one isn't. it is very bright and open and beautiful.

i think having V's happy and innocent spirit there helped.

I took my daughter to a cemetery when she was V's age and it has affected her profoundly. She dwells on death and says things like, "I'll never forget you, even when you're dead." Now she can spot a cemetery alongside the road and always wants to talk about it when she sees one. I try to communicate openly with her, but it's hard.

The footprints are funny since it looks like she might have her shoes on the wrong feet. :D

I really liked hearing the poet recite her work. Thanks for linking to that. Children really are amazing with their insights and their way of making us turn things 'round.

@fighting windmills - her shoes are on the wrong feet! i wondered if anyone would notice. :)

just to be clear, the person reciting the poem isn't the author. H.D. died in the 60s. She's one of my favorites.

Oh, I did think that was the poet herself. Thanks for correcting me.

What a cool idea. I often long to have a window on a place that is far away. The power of the internet makes so many wonderful things possible. Isn't it fabulous when we can do something to help another!

I'm glad I'm not the only person who loves to photograph cemeteries! Those photos are lovely!

I just wanted to let you know that this is really awesome to see because it is something I have actually been struggling with a little. Before we had the baby, Sam and I both spent a lot of time shooting pics in graveyards and WOW especially when we got out west... so colorful. Totally different animal. But I have been so worried etiquette wise what it was going to be like. You know I haven't stepped foot in one in 22 months... but looking at your pictures has put a whole new perspective on it!!! I love them, and your daughter makes them look so fresh! So maybe I just needed to look at it differently. Thanks for that *)

Cemetery photography always gives me an eerie expectation of catching some sortof accidental spectral photography, like a light blur or a face starting back at me unexpectedly. There's something to be feared and respected about cemeteries. I can't and don't perceive these as happy places.