Home Archives Profile Subscribe
How much do I love her?
If you'd like to win one of my yarns...

Morsel (& a winner at the end)

The other day, I saw a post that reminded me of a little cat we had for about five minutes named Morsel. Natalie's mom was looking for a name for her new kitten and Natalie asked her readers for suggestions. I said Morsel because I think it's a great name for a cat (it didn't win, but that's ok).

Like I said, we had a cat named Morsel when I was a teenager but Morsel was a feral cat and he disappeared when his mom disappeared. Long, sad story I don't really feel the need to revisit, other than to explain that that's how I decided to name my new Kitty Morsel.

"What? Another cat?!" I can hear you cry. "Aren't three enough?!!!" Even Roxy disapproves. 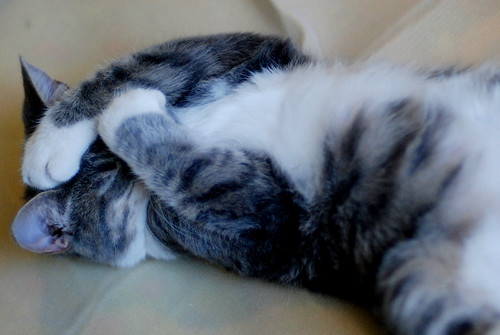 Ahem. Yes. Three are enough. But this Kitty is a good bit more sedate than the other other three and instead of cat food he eats fiber, or he gnaws on it a little bit and then spits it out, which is actually a lot more wonderful than it sounds. 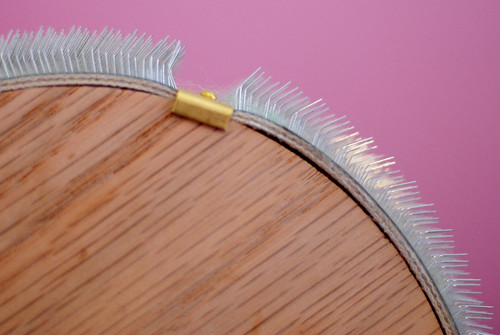 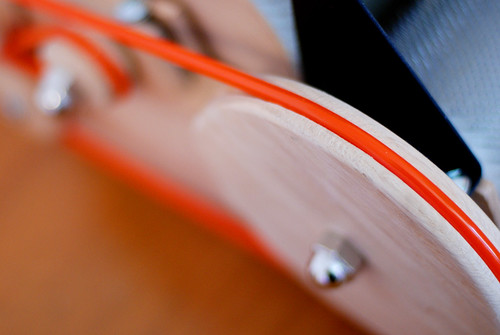 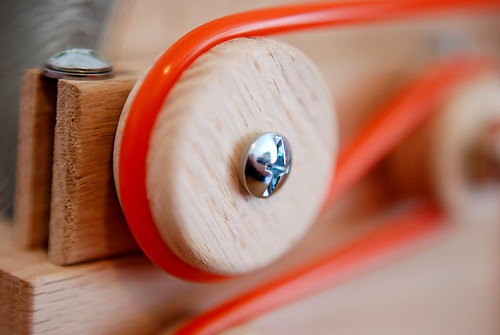 Drum carders are the coolest thing going. You can take all sorts of fibers in all kinds of colors and add some sparkle and blend them all together into what's called a batt and then spin them into really cool yarn. (Here's a video of how they work) 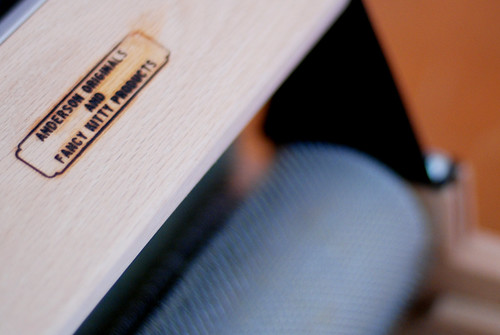 Once they've come off the drum (that's his "belly" I was talking about above and in the photo below) the batts are light and fluffy and make spinning loads of fun. Last night I was working on an idea for a Halloween yarn I want to make this week that I think is going to be really cool. I carded together some fiber and then spun a sample and knitted it up. The effect blew me away and I can't wait to do a whole skein of it.

(yes, my fiber studio is a gloriously girlie pink - the bottom half of it, anyway. the top half is white. i'm not so crazy about that part. but one day i'll finish getting it together and then i'll share pictures. i need a chair and shelves and other shelves and picture frames and  ...) 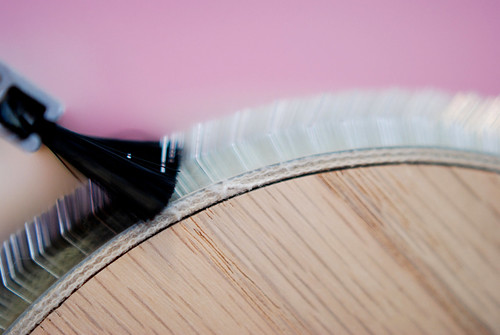 I'd looked a lots of batts for sale on Etsy before I got the carder and they seemed so expensive to me - but once I started using the carder, I could understand why. It's lots of fun, but more work than you'd think. And I've already stabbed my fingers pretty well a couple of times with those sharp teeth while trying to clean Morsel. He's feisty! But I don't mind - there's nothing like spinning up a drum carded batt. I want to have more for sale in the shop, but I'm slow about it. I put a lot of thought into the colors and what the yarn might look like when spun. And I like to spin up a little sample before I finally make my batts and these things all take time.

So that's my new Kitty. I love him so! I think Morsel is really going to be happy in his new home.

I was so pleased with my little contest. I think I announced it on twitter three times and that's all I did to promote it. I wanted it to go to someone who actually reads my blog on at least a semi-regular basis, so I loved each and every one of the 18 comments on that post. I threw all those names into a hat and the felted rock will go to Puna. So Puna, if you'll email me your address to springtreeroad (at) yahoo (dot) com, I'll put it in the post for you.

If you didn't win one, don't be sad. You never know when I could get a hankering for some more rock felting. Or some other kind of felting. Or something else entirely. Hmmm...

The video on using a drum carder was really interesting. I really like learning all that goes into creating beautiful fiber and yours is very beautiful!

And, Roxie's furry little belly is so cute!

Maya, seems you have really found your niche.

I so want to take a spinning class when grad school is done! you are inspiring me...

Maya thank you so much! I so love that little rock. I'm very touched and I will honor it in a special place.

You should definitely think about felting more rocks and putting them in your shop, they're such a lovely little object.

I'm with Jessica, I want to take a spinning class too! One day I hope to have our own sheep (I dream of smallholdings despite living in a capital) and would love to spin wool as beautiful as yours, although I don't think my results would ever be as professional.

Wow. I just checked out the link on You tube. Totally cool! I had no idea what that machine was. Thanks to you now I know. I can't wait to see what creations you come up with. Now I'll really need to learn how to knit so I can buy some of your yarn.

Congrats on your new edition...Morsel! I bet that kitty really purrs when you get her going. Can't wait to see what you come up with.