The boy of indeterminate eye color

Baby H was born with blue eyes, as was his sister. But it's obvious they aren't going to stay blue like hers. They're in the process of changing to whatever color they plan to be. I don't know their plan, but I wanted to try to capture them in photos in the middle of their magical change. Depending on what he's wearing, they look blue, dark brown, hazel, or Army green. I've been calling him The Boy of Indeterminate Eye Color. 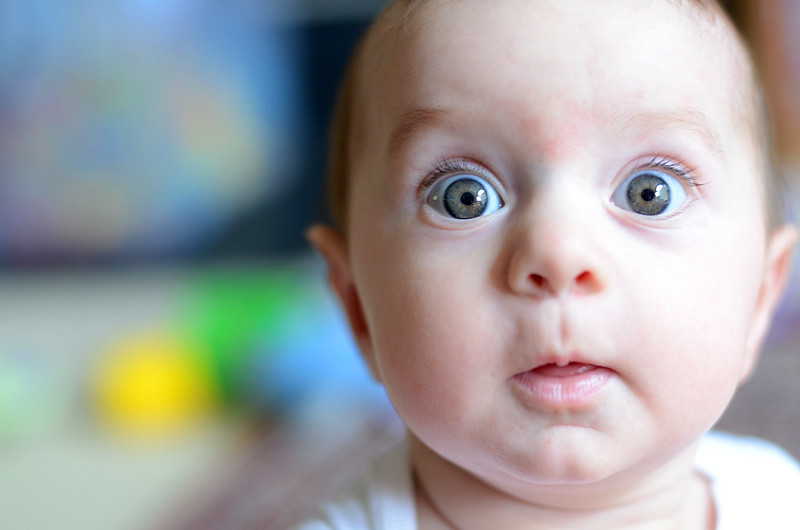 The Boy of Indeterminate Eye Color is teething. 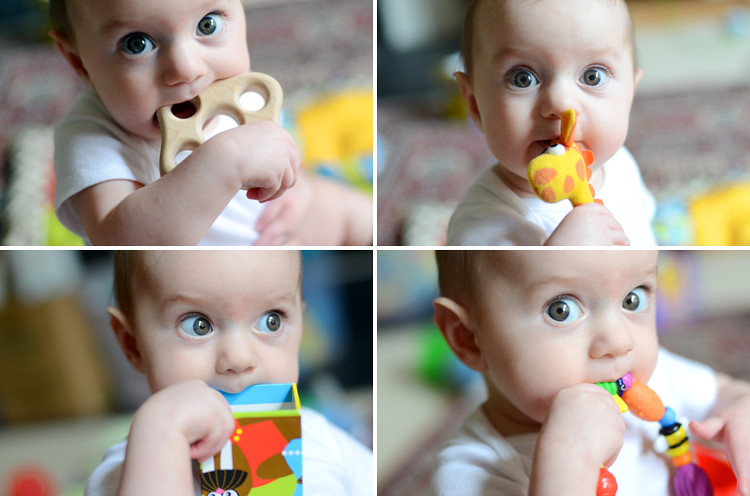 I'm knitting a hat for R. He has 2 hats I've knit him already. I only have one hat, but that's because I like to knit them a lot more than I like to wear them. It's from before I started dyeing yarn, so I might have to make myself one more hat because sometimes you need one, even if you don't like to wear them. V has more hats than I can shake a stick at. 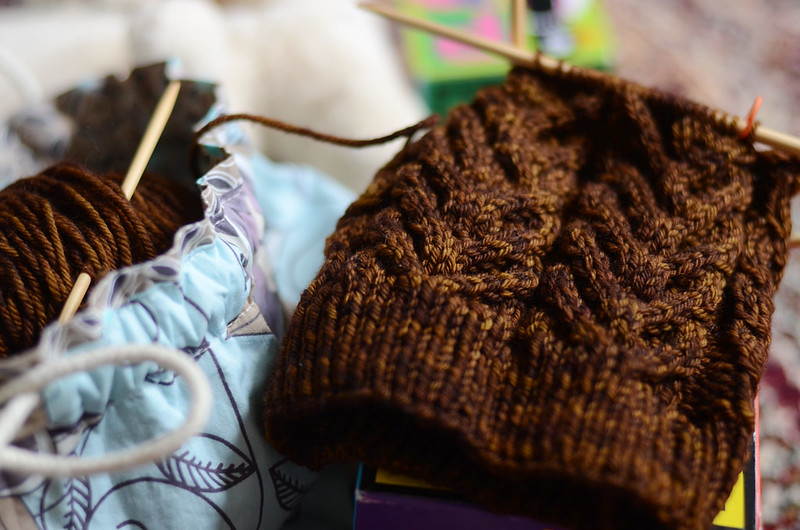 This is the Antler Hat (Rav link) from Tin Can Knits. I am LOVING IT. The cables are fun and it's nice and manly, especially in this color. I'm using a skein of my Philomath Worsted in Cattail. I've got my fingers crossed that there will be enough left over to make Holden a matching hat, since this is the only skein I have. It came with a big knot in it, so I used it as a test skein when I was working on the Cattail colorway and I have been saving it for just the right pattern.

If you've been hankering for some hand-dyed worsted weight to make your own hats or scarves, I'll have some in my next update, to be announced...

Holden is so cute,his eyes are beautiful...I say green.Six months time you will have the color.I love the cattail.I have a brown but I think it isn't cat tail?

I have a granddaughter with huge brown/black eyes(my mom's color) the other granddaughter blue(my dad's color).I just thought of this connection.

My son has choc brown.I saw a spec of brown when he was born(blue). I knew then.He had every color.
I can't wait for your update,Maya.

T had really bright blue eyes when she was little, they changed when she was about a year if I remember correctly and are now brown.
Loooving that hat and colourway!!

oh those eyes... he's such a dreamboat.

Oh, and what big, beautiful eyes they are!